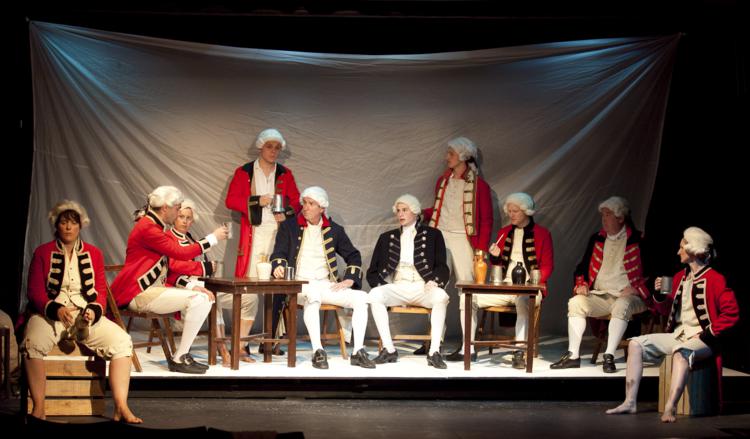 Timberlake Wertenbaker's Our Country's Good is a moving and funny play, but most of all it is a cry of triumph for the power and enduring worth of theatre and it ends on a heart-lifting note. Dealing with the story of the first play to be performed on Australian soil to an audience of convicts, gaolers, Officers and marines of the fleet by a cast of convicts, it follows the development of the play and the convict players. 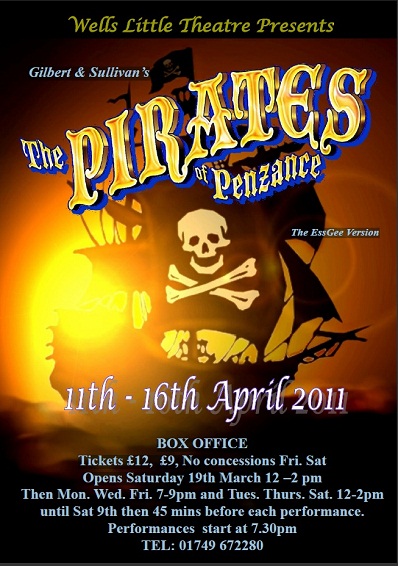 The Pirates of Penzance

To anyone who loves musical theatre, ‘G&S’ means melody, irreverence, wit and fun. This version has thoroughly updated the Victorian operetta allowing today’s theatre goer a fresh look at this classic. All the original songs and tunes are included in a careful mixture of traditional style and updated music and comey. A very funny show.

and his cat... This year's adventure includes all the traditional fun of Pantoland, plus a rather clever cat, a thigh-slapping Mayor and a moment of magic in Morocco. 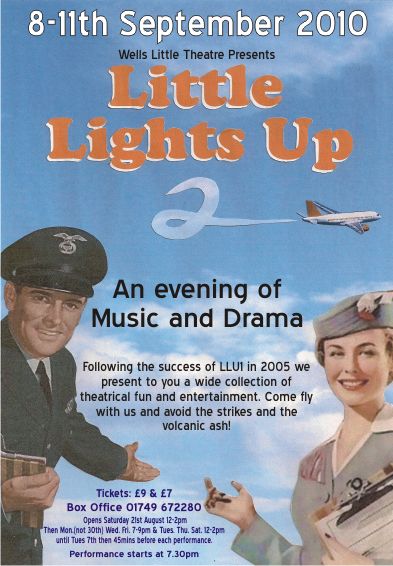 An evening of Music and Drama Following the success of LLU1 in 2005 we present to you a wide collection of theatrical fun and enterainment. Come and fly with us and avoid the strikes and volcanic ash!

A comedy who-dun-it by Simon Brett. The murder investigation of well known actor, Martin Powell, is undertaken in act one. By the interval we know who-dun-it, dr do we? Act two reconstructs the events leading up to the murder and the trwist. Will you be fooled? 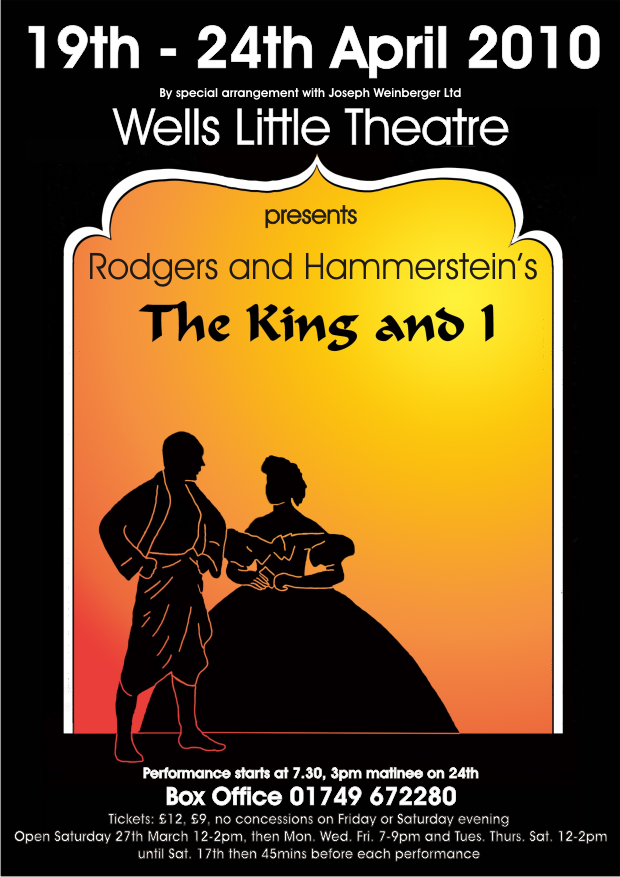 The King and I

This is the musical made internationally famous by Yul Brynner as the King of Siam with Deborah Kerr as Anna Leonowens - the governess to his many children by his many wives. Most people know the story of their fiery relationship and her attempts to civilise him and his efforts to do the best for his country and his family. This is the romance that gave birth to such classics as 'Getting to Know You', 'I Whistle a Happy Tune', 'Hello Young Lovers' and 'Shall We Dance?'.

Avast Behind! - or the true story of what happened at Treasure Island - has been written by Vicky Orman and Katy Biggs, with a little help from Mark O'Callaghan and is directed by Chris Britton. There are many, many pirates both male and female with a strong likelihood that the villain will also be female - Long Joan Silver - who will have to perform with an obligatory wooden leg, hook, and talking parrot! This will be the first panto with a 'flash back' to when the pirates were at pirate school and will involve the junior chorus in substantial dialogue. There will also be a very posh version of The Haka using local street names - and a man-eating shark that will eat the audience as well as the cast! The whole stage, including the apron, will be used and the band (also dressed as pirates) will play on stage. Anyone of any age, height or gender, or with a big bum will be welcomed.